An illegal The migrant who crossed Britain last month in a small boat was caught on Sunday by The Mail gloating about how easily he was able to ‘disappear’.

Elvis Zoto, 19, bragged on social media that he entered the UK illegally and even posted a picture of his Home Office registration form which shows the Albanian arrived at Dover on June 29.

He claims he was moved from detention to a hotel after just two days and says he quickly escaped by climbing through a window. Asylum seekers are required to maintain contact with the Ministry of the Interior in connection with their release and to inform the authorities of any new address.

A video posted to Zoto’s TikTok social media account earlier this month shows him sitting outside a cafe on a busy London street. The video is accompanied by laughing emojis. Separate images show Zoto posing with huge wads of £20 and £50 notes.

An illegal migrant who crossed Britain last month in a small boat was caught on Sunday by The Mail gloating about how easily he was able to ‘disappear’. Migrants are seen arriving in Dover earlier this month

Approached by a Mail on Sunday reporter posing as an immigrant in France, Zoto claimed travel to the UK was easy, but advised them to ‘hurry up’ with their journey as ‘the law will change soon “.

Asked about the dangers of crossing the English Channel in a small boat, he replied: “Don’t be afraid of it. I arrived on a boat. A trip that does not require a lot of money and the best for you. . . Hurry up and don’t wait long. The law will soon change. It will get worse.

In a later message, he added: “They keep you in detention for a maximum of two days and then send you to a hotel.” In the detention center, the conditions are good. You tell them you’re married and that’s the end of the story. You have to walk away from the hotel and wait for your relatives to take you in a car. I left from the window of this hotel. . . I disappeared. . . Lay low and after a month get a lawyer.

He also told the undercover reporter to ignore the threat of deportation to Rwanda under the government’s controversial plan to send migrants to the East African country. 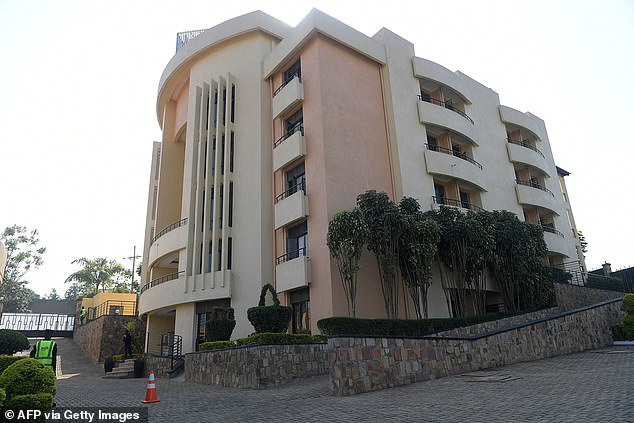 He also told the undercover reporter to ignore the threat of deportation to Rwanda under the government’s controversial plan to send migrants to the East African country. One of the hotels that was prepared to accommodate migrants is pictured above

Asked about Zoto’s comments, Alp Mehmet, chairman of the Migration Watch think tank, said: “That sums up the sad state of our immigration and asylum systems.

“The ease with which our borders can be crossed by such lucky mickey-takers who then simply disappear is a disgrace.”

The case comes just days after a report by Independent Chief Border and Immigration Inspector David Neal revealed that 227 migrants fled from allegedly secure hotels between September and January last year and are still being held. disappeared.

He wrote: “The Home Office’s performance in providing an effective and efficient response to the challenge posed by the increasing volume of migrant arrivals via small boats is poor.”

More than 15,000 people – including criminals previously deported from the UK – have crossed the Channel this year. Last night a Home Office spokesperson said: ‘If an asylum seeker flees before a decision is made on their claim, or if they do not comply with our procedures, his asylum application can be withdrawn.

“We have a dedicated national fugitive tracing team that works with the police, other government agencies and commercial companies to track down and bring fugitives back to the Home Office.”

An Ethiopian beauty queen has warned of the dangers of crossing the Channel after watching another migrant drown during a terrifying trip to Britain.

Selamawit Teklay, who has represented her country in competitions around the world and ran a successful fashion label, fled the war-torn region of Tigray in Ethiopia last year. 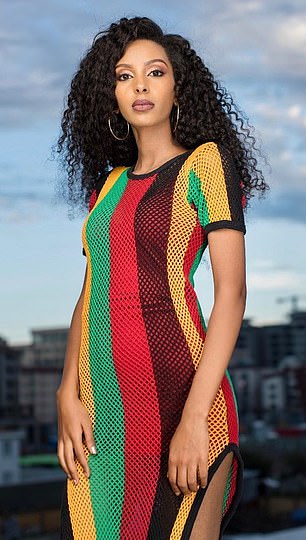 She traveled to Calais before boarding a crowded boat to cross the treacherous waters last November.

In an interview with the BBC’s Tigrinya Language Service, she said: ‘In that boat I realized the decision I had made was wrong. We have seen terrible things at home. But crossing this sea is so perilous that no one should try.

The 27-year-old, whose beauty pageant appearances include the Miss Grand International contest in Vietnam in 2017, told how the boat’s engine fell halfway across the Channel, leaving them stranded . “An Arab jumped into the sea to try to pull him out. He couldn’t, she said. “Then one of our Tigrayan brothers came in. He never came back! We looked for it. We heard him scream. We couldn’t find it.

“We made desperate calls for help. However, rescuers arrived three hours later. Our brother drowned in front of me. I saw his disappearance with my own eyes.

The incident came four days before another boat sank, killing 27 of the migrants on board, including an Ethiopian who Ms Teklay had befriended at a camp in Calais.

Ms Teklay fled Ethiopia after an uncle was killed in the civil war between government forces and rebels from the country’s former ruling party, the Tigray People’s Liberation Front.

The migrants on his stricken vessel were eventually rescued by the coast guard. She is now applying for asylum.