Smailov said trade turnover between the two countries over the past seven years has doubled, with the free trade area agreement between the Eurasian Economic Union (EAEU) and Vietnam signed in 2015 playing a factor. contributory.

“We are ready to increase Kazakhstan’s exports of 90 types of goods by more than $500 million,” Smailov noted.

He also raised the issue of granting Kazakh citizens visa-free entry to Vietnam, saying it would have a positive influence on the development of bilateral trade and tourism.

While discussing opportunities for interaction in agriculture, Smailov highlighted Kazakhstan’s interest in rice cultivation. He said the country will benefit from Vietnam’s scientific research and modern technologies to cultivate this crop. 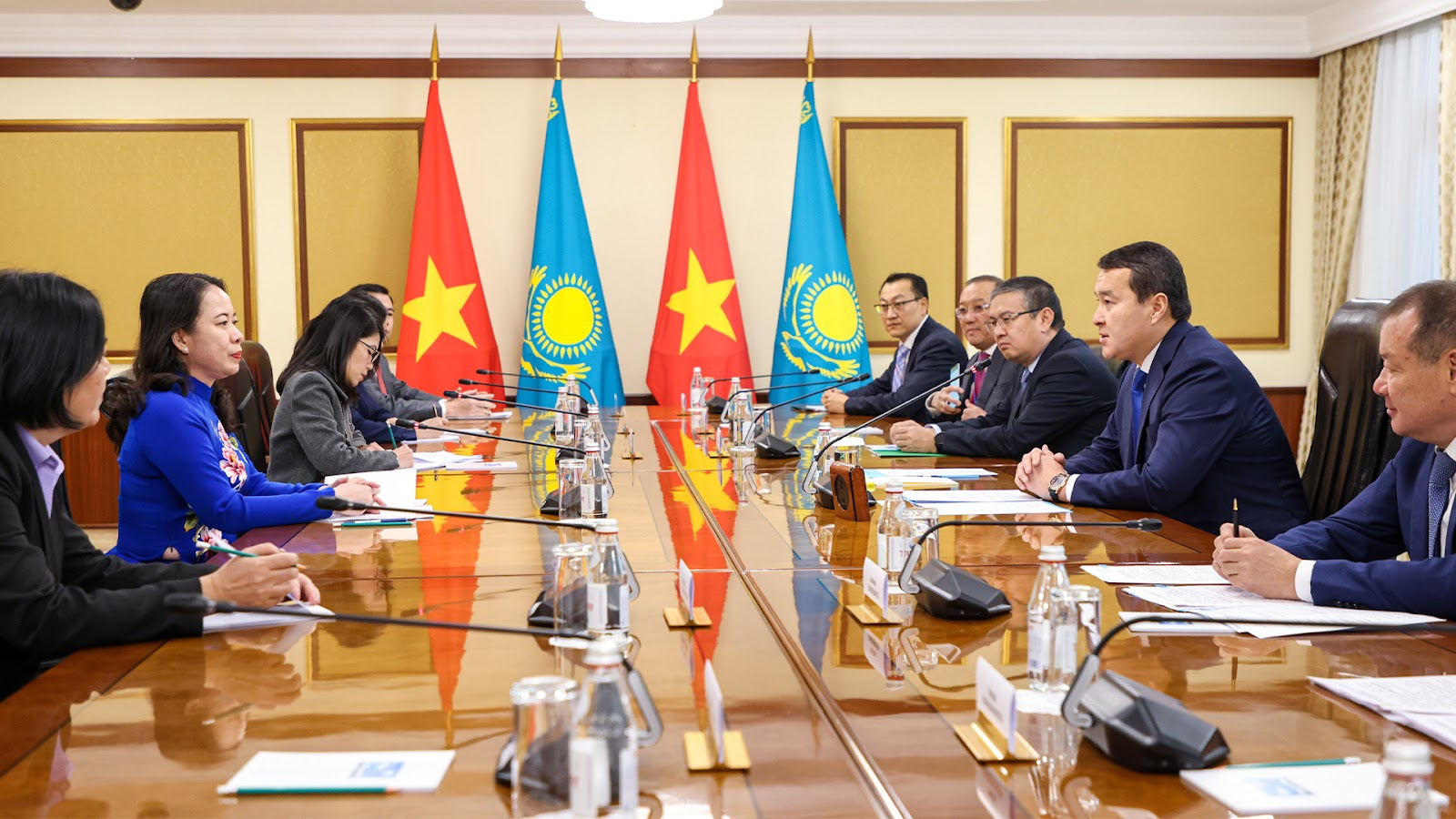 The Vietnamese delegation met the Kazakh Prime Minister during his visit to Astana for the CICA conference. Photo credit: Prime Minister’s press service

“A political dialogue based on trust between our countries is the basis for a further expansion of the bilateral partnership. Kazakhstan is geographically important – it connects major world markets. We are ready to consider specific proposals for joint work in all mutually beneficial areas,” the Vietnamese vice president said.