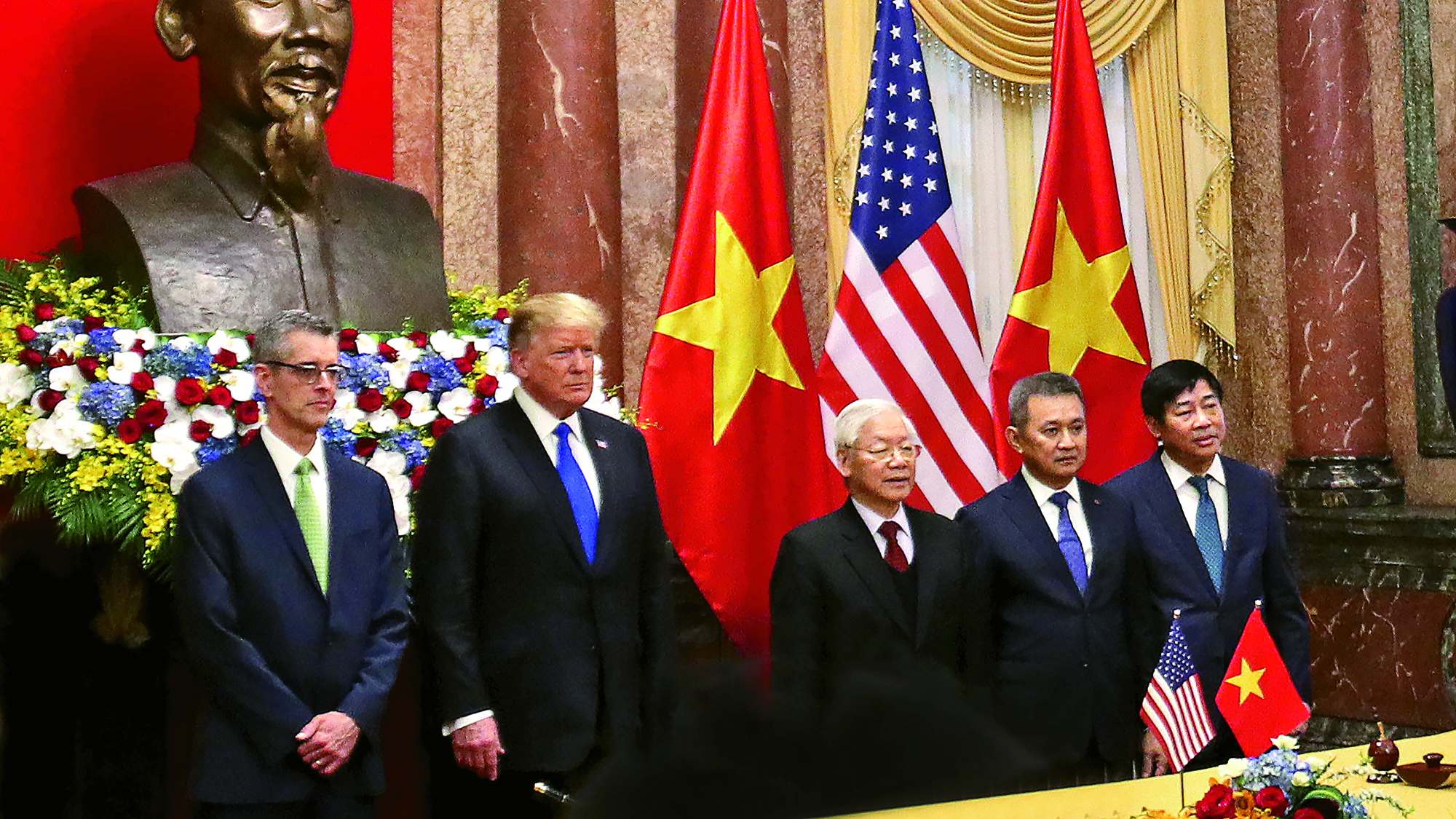 Saber announced an expanded strategic relationship with Vietnam Airlines on Wednesday. US President Donald Trump and Vietnamese President Nguyen Phu Trong were both present at the signing ceremony, which was held at the Presidential Palace in Hanoi.

President Trump and Vietnamese leaders presided over trade deals Wednesday morning, including the one between Saber and Vietnam Airlines and the Boeing aircraft deals with VietJet and Bamboo Airways.

The memorandum of understanding between Vietnam Airlines and Saber “describes Vietnam Airlines’ intention to significantly expand its existing strategic relationship with Saber, with a potential value of over $ 300 million.”

It includes Saber’s AirVision and AirCenter technology, complementing SabreSonic, the passenger service system used by Vietnam Airlines. The efforts, Saber said, will contribute to the airline’s profitability and digital capabilities.

One of Vietnam Airlines’ subsidiaries will also start using SabreSonic, as stated in the MoU.

President Trump is also in Vietnam for a summit with North Korean leader Kim Jong Un.