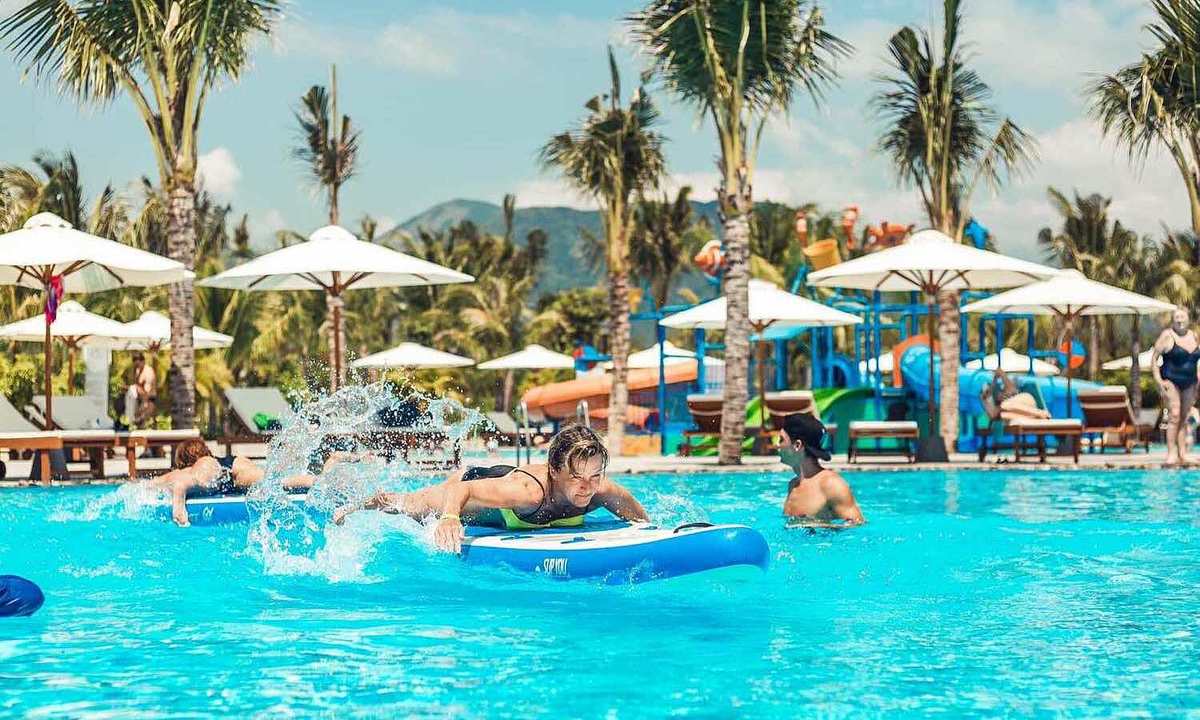 Khanh Hoa, which is home to the famous seaside resorts of Nha Trang and Cam Ranh, is one of the five localities allowed to welcome fully immunized foreign tourists from November with Kien Giang, Quang Nam, Da Nang and Quang Ninh as part of the country’s roadmap to gradually resume international tourism.

The unnamed representative said tens of thousands of Russians have already booked tours to Khanh Hoa this winter through the company.

During the pilot phase of three to five months, the company would focus on tourists with vaccination passports from Moscow, Novosibirsk and Vladivostok, all of whom are required to book a tour package.

Tourists would arrive in Khanh Hoa on charter flights to stay at least seven nights at a designated resort on Long Beach in Cam Lam district, about 10 kilometers from Nha Trang. During this period, they would only be allowed to visit limited areas inside the complex with restricted movement.

After the seven-day period, if tourists test negative for Covid, they will be allowed to visit, eat, and shop at other locations on the tour program.

Le Van Nghia, director of Nhat Minh Tourism JSC, also claimed that thousands of Russian tourists have booked tours in Khanh Hoa through the company and its partners based in Russia.

Nghia said his agency plans to cooperate with Russian airline Siberia Airlines to organize six weekly charter flights allowing Russian tourists to stay at sequestered resorts from Long Beach to Cam Ranh from early December. They have all been fully vaccinated and are required to provide a negative Covid result obtained within 72 hours of departure.

Representatives of Vietnamese travel agencies said Russia exempted tourists returning from Vietnam from quarantine and the country has been a favorite destination for Russians for many years.

Russians always have a long winter vacation, so they want to choose a destination in the tropics, with a mild climate and year-round sunshine like Vietnam. In addition to the beaches of Nha Trang, Russian tourists are also interested in Phu Quoc, Phan Thiet and Da Nang.

Therefore, when the government agrees to reopen its door to foreign tourists, there will be no shortage of visitors, especially from the Russian market, travel agencies have confirmed.

In 2019, the year before the start of the Covid, Khanh Hoa received more than seven million tourists, half of whom were foreigners. Before the pandemic, Russia and China were Khanh Hoa’s biggest tourist food markets.

Vietnam closed its borders to foreign tourists and canceled all international flights in March of last year due to Covid.