Hanoi (VNA) – Vietnamese airlines
will make its second flight to Romania to repatriate Vietnamese leaving war zones in Ukraine, which is expected to arrive in Hanoi on March 11 at noon.

The first flight from Bucharest arrived at Noi Bai International Airport in Hanoi at 11:30 a.m. on March 8.

A representative of the national airline told Vietnam News Agency that it is ready to operate the second flight, noting that it is the honor of the airline to join the government’s efforts to bring citizens back. Vietnamese from Ukraine to their homes in a timely and safe manner. 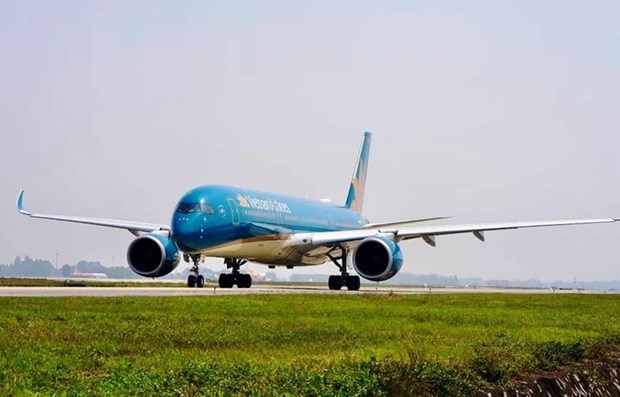 With the experience of the first flight, the flight plan prepared and the personnel currently present in RomaniaVietnam Airlines is ready to operate its second at the request of the government and the Foreign Ministry, he added.

It will also be the country’s third repatriation flight.

That of Bamboo Airways from Warsaw, capital of Poland, should land at Noi Bai airport on March 10 in the morning./.