Vietnamese transport sector could cut emissions by 20% with international support 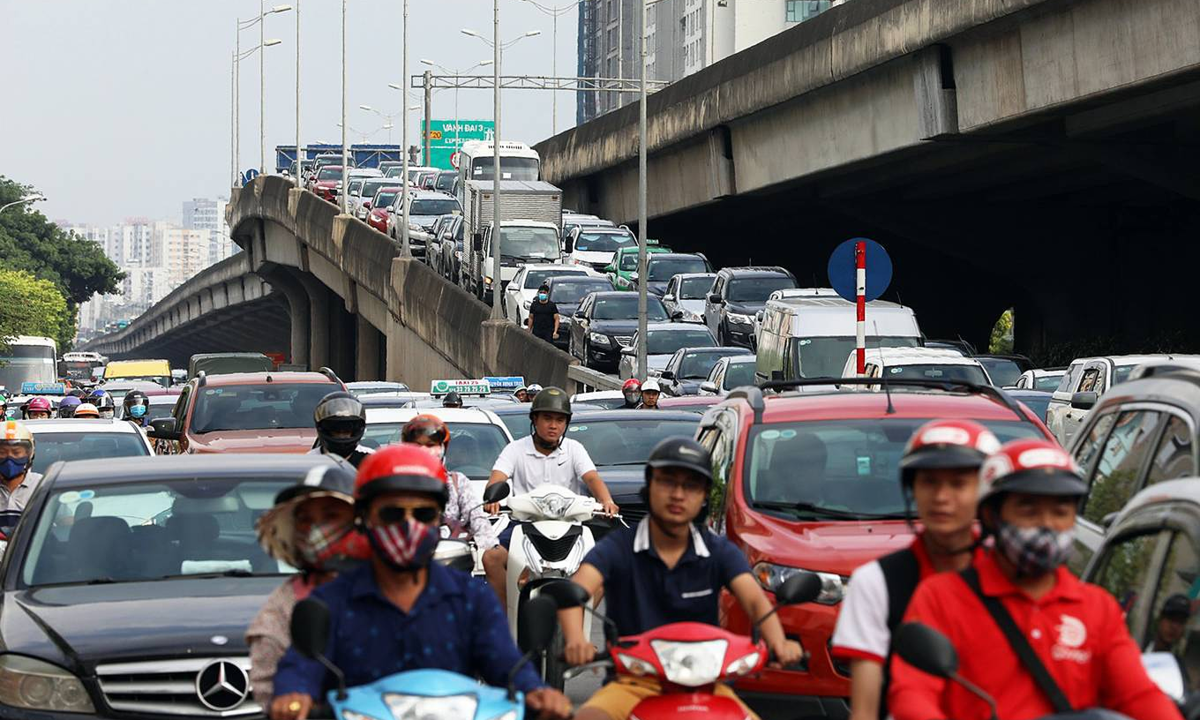 Addressing Climate Change in Transport in Vietnam, a collaborative effort of the Ministry of Transport, the World Bank and the German government development agency GIZ, aims to define visions and strategies for climate-smart transport in order to minimize the sector’s carbon footprint.

In Scenario 1, which includes policies and measures implemented with domestic resources, Vietnam’s transport sector could reduce carbon dioxide emissions by up to 9% by 2030.

The measures include a modal shift to public transport in large cities, improvements in vehicle energy efficiency and emission technologies, a shift to lower carbon fuels and the promotion of electric two-wheelers. .

Scenario 2 builds on the policies and measures of Scenario 1, with additional measures supported by international resources and the active participation of the private sector, such as improving load factors of freight trucks, the passage of road to rail transport and increased sales of electric motorcycles and cars. In this scenario, the transport sector could potentially reduce its emissions by 15.2% by 2030.

Scenario 3 assumes much more ambitious international support and private sector participation, which would involve measures such as improving energy efficiency, the use of electric vehicles and the load factor of freight transport. The reduction in emissions could then reach 20%.

These measures would require significant investments for which funding must be mobilized, concludes the report.

“A resilient transportation system is essential for the continued success of the Vietnamese economy, which depends heavily on foreign trade and seamless connectivity,” said Ousmane Dione, World Bank Country Director for Vietnam, in a statement. Press.

The transport sector contributes around 10.8% of the country’s CO2 emissions and is expected to grow 6-7% per year, equivalent to nearly 70 million tonnes of carbon dioxide.

The country ranks third in Southeast Asia for greenhouse gas emissions behind Indonesia and Thailand, according to a study by the International Center for Tropical Agriculture earlier this year.