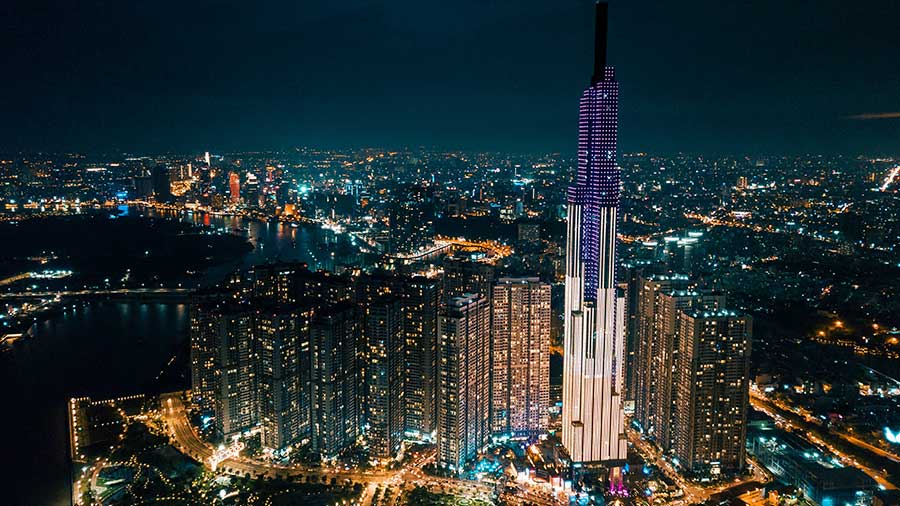 In April 2021, the Vietnamese Ministry of Transport announced its master plan for transport infrastructure by 2030, which is estimated to cost between $ 43 billion and $ 65 billion.

Under the master plan, Vietnam will build thousands of kilometers of new highways, high-speed railways, deep-water ports and new international airports. The government expects Vietnam to achieve a freight transport capacity of 4.4 billion tonnes per year and road transport capacity capable of carrying 2.76 tonnes of freight and 9.43 million passengers per year.

The state is catching up to provide adequate infrastructure to keep the economy growing rapidly. The Vietnamese economy is structured around investments, manufacturing and exports, where investments flow in specific areas with particular endowments such as a large supply of cheap labor and then value-added products. are manufactured or processed before being exported. It is a similar development model that has propelled Singapore, Taiwan and South Korea among the high-income countries.

In addition, an important factor in the success of these three countries was their ability to transport infrastructure capable of handling increasing trade volumes. As Vietnam seeks to increase its manufacturing capacity, it is crucial that its roads, airports, seaports and rail links can facilitate this increase.

Three proposals for the implementation of the master plan

The Institute for Development and Strategy – an industrial research institute under the Ministry of Transport – has drawn up three proposals for three options for the implementation of the master plan.

Under the first proposal, which is estimated to cost between ($ 39 billion and $ 43 billion, or about one percent of GDP), the government will build a total of 5,000 km of highways, as well as the completion of Long Thanh International Airport, located at Dong Nai Province. When completed, it will be Vietnam’s largest and could serve 100 million passengers per year.

The first proposal is also for the completion of the port of Lach Huyen, a deep-water port in the city of Hai Phong. The port is one of the first public-private partnership (PPP) projects between Vietnam and Japan and will accommodate container ships between 4,000 twenty-foot equivalents (TEUs) and 6,000 TEUs, and a potential of 8,000 TEUs. .

The proposal will cost between US $ 43.3 billion and US $ 53.3 billion to implement and will also involve the construction of 5,000 km of highways in Vietnam, the completion of the two high-speed railways, in addition to l ‘completion of two railway sections linking the port of Lach Huyen. , and the Tan Cang – Cai Mep container terminal.

In addition to the expansion of the airport, the second proposal focuses on the dredging of the waterways between Hai Phong City and Phu Tho Province and the upgrading of the Cho Gao Canal that connects HCMC and the Mekong Delta.

The third proposal is expected to cost the most, estimated at between $ 60 billion and $ 65 billion. The proposal presents many projects of the first proposal with additional railways in different parts of Vietnam.

New PPP law to set the framework for these transport projects

The enactment of Vietnam’s new public-private partnerships (PPP) law, which entered into force in January 2021, will be central to the success of these complex projects.

To be eligible, the value of the project must be at least 200 billion VND (6.2 million USD), except for education and health projects where the value is half of this amount. The equity contribution of private investors must be at least 15 percent of the total investment capital.

The government will provide investors with a guarantee of the availability of foreign currency to meet their needs in relation to the project for activities such as profit transfer and capital transactions. Under the new PPP law, these guarantees are limited to 30 percent (previously 100 percent) of projected income after project spending.

In addition, investors committed to using domestic content, contractors, materials and goods will also be eligible for preferential treatment during the bidding process.

ASEAN Briefing is produced by Dezan Shira & Associates. The firm assists foreign investors throughout Asia and has offices throughout ASEAN including Singapore, Hanoi, Ho Chi Minh City and Da Nang in Vietnam, Munich and Esen in Germany, Boston and Salt Lake City in the United States, Milan, Conegliano and Udine in Italy, in addition to Jakarta, and Batam in Indonesia. We also have partner firms in Malaysia, Bangladesh, the Philippines and Thailand as well as our practices in China and India. Please contact us at [email protected] or visit our website at www.dezshira.com.